The pleasure of creamy cheese

Torta del Casar is a natural cheese made from Merino Entrefino sheep’s milk from flocks in the geographical area of Llanos de Cáceres, Sierra de Fuentes and Montánchez. This livestock area covers around 400,000 hectares and includes 36 municipalities, and the cheese is then produced in the town of Casar de Cáceres.

Torta del Casar is characterised by its semi-hard yellow rind, which encloses a pearly white cheese with an intense aroma and flavour. Its interior is so creamy that you can sometimes see it oozing out of cracks in the rind, something that makes it so appealing.

The award-winning Torta del Casar is identified by its characteristic aroma, in addition to its intense, well-developed flavour, which is only slightly salty and bitter. The bitterness is due to the use of vegetable rennet in its production, extracted from artichoke thistle (Cynara cardunculus). The effect generated during the ripening process when the rind is still not fully formed means the cheese does not support its own weight, tending to become crushed and curved outwards. This way, the cheese gets an irregular shape that reminded the cheesemakers of Casar of a loaf of bread (‘torta de pan’), giving it its name Torta del Casar.

The cheese is produced using fully traditional methods, to the extent that around 20 sheep must be milked to produce one kilo. Its production is currently regulated by the Torta del Casar Protected Designation of Origin.

To fully enjoy a Torta del Casar, the cheese must be brought to room temperature before it is eaten, since you can’t appreciate its sensory qualities if it is served cold.

The fineness of this cheese had led to it being used in numerous recipes, from meat, fish and pasta dishes, to sauces and even in sweets, desserts and ice cream. 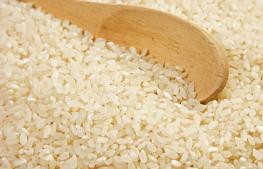 Extremadura is one of the leading rice producers at national level. 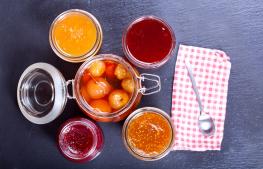 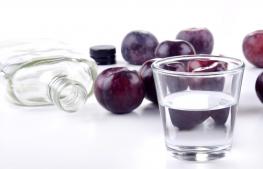 In addition to the export of the fruits, with several million cherries every year, in 1989 the Jerte Valley Cooperatives Group began to distil che