The decree declaring Cáceres as a Monumental Site was published on 21 January 1949, and in 1986 UNESCO included the Old Town of Cáceres in its list of World Heritage Sites.

The city of Cáceres is a reflection of all the cultures that have lived within its walls, and in later years, the city even saw growth beyond its walls.

The first vestiges of the city date back to the Roman period, although there were human settlements here even before that time. The period during which the city grew in greatness, however, was with the arrival of the Moors, who left important remnants such as Las Veletas Palace, formerly a Moorish palace, and the imposing wall.

During the 13th and 14th centuries, various noble families from northern Spain found Cáceres to be the ideal location to build their stately homes within the city walls, on top of the Moorish layer. The result is the characteristic architecture of Cáceres’ old town: austere buildings, with a strong defensive nature. The majority of secular and religious buildings in the historic centre date from the late 15th and 16th centuries.

Highlights today include the Plaza Mayor, the Abrantes Palace, the Los Trucos House, La Isla Palace, the Church of Santiago, the Convent of San Francisco, the Hermitage of El Espíritu Santo and the Shrine of Nuestra Señora de la Montaña.

The Jewish population also left its mark on the city, with the Jewish Quarter located at one end of the wall, following the winding outline of narrow streets, some that reach a dead-end. It has recognised historical value and is part of the Spanish Network of Jewish Quarters. 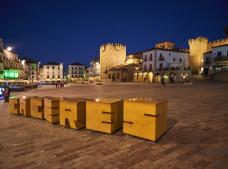 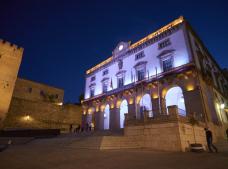 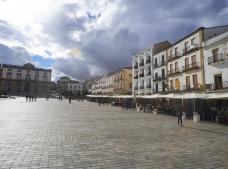 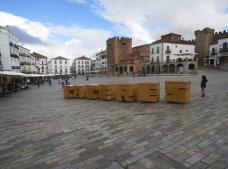 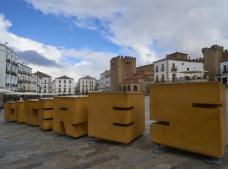 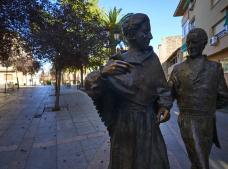 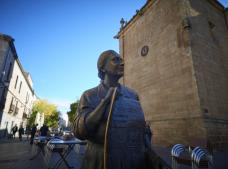 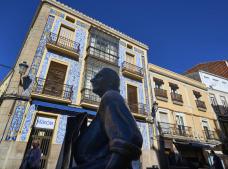 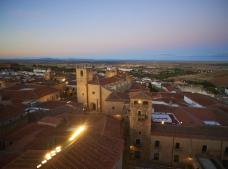 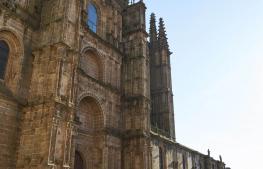