It has unmistakable Roman traits. There are remains of a pre-Roman settlement on Castrejón Hill, as well as a dolmen on the outskirts of the town, providing evidence that the area has been home to humans since ancient times.

Walking around the historic centre of Villanueva de La Vera is a real treat. The town’s traditional architecture results in beautiful houses that make use of a kind of timber framing. The houses are built based on a timber frame filled with brick, adobe or stone.

Because this is a relatively fragile construction system, the town plan is organised around large groups of houses that tend to be deep and narrow.

Large blocks are thus formed, with dead-end passageways where the entrances to the houses are located. The houses in Villanueva are characterised by having two or three storeys, often with walls clad in planks with windows and wooden balconies almost always on the upper storey.

All the houses have a similar layout: the ground floor was used as a stable, cellar or henhouse, while the bedrooms were on the first floor and the kitchen on the second.

There are also several examples of homes where the ground floor walls were built using ashlar masonry.

Three monuments stand out in terms of the religious architecture: the Parish Church of Nuestra Señora de la Concepción, from the late 16th century and built using masonry and ashlar; the ruins of the Parish Church of Santos Justo y Pastor; and a small 18th-century hermitage built using masonry and ashlar, with an entry door protected by a lintelled portico with Tuscan columns. 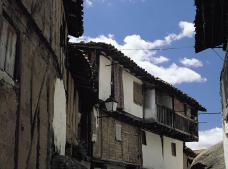 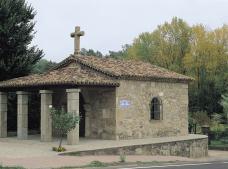 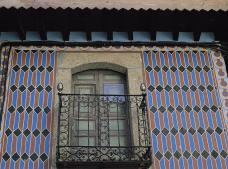 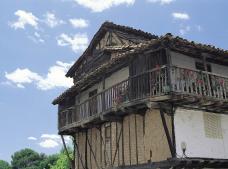