The historic centre of Coria has been considered an Asset of Cultural Interest in the Historical Site category since 25 May 1993. The city of Coria is one of the most outstanding models of town planning in Extremadura.

This historical site is the legacy of the different cultures that inhabited this place of Roman origin, as evidenced by its walls, which form a polygonal enclosure made of ashlar, while it was also an episcopal see during the Visigothic period and estate of the Dukes of Alba in the 15th century.

The millennia-old origins of the city date back to the primitive Caura, an ancient settlement of the Vettones people from around the 7th century BC.After the Roman conquest of Extremadura (2nd century BC), the new Caurium would become a stipendiary city of Lusitania.Starting in the 8th century, the Moorish Madinat Qüriya was a strategic location sought after by both the Muslims and Christians during the Reconquest, until it was finally taken by Alfonso IX of León in 1213.

Following the irregular routes of its streets, created during the Middle Ages, you can see iconic buildings such as the 16th-century Cathedral of Santa María de la Asunción, built on the remains of an earlier temple and part of the Coria-Cáceres Diocese, the Cathedral Museum, the Bishop’s Palace, the 15th-century castle, the Royal Jail, the Convents of La Madre de Dios and San Francisco, from the 16th century, to name a few.

Coria Castle, declared an Asset of Cultural Interest, is the first preserved evidence of noble authority in the city, featuring an elegant keep designed by the architect Juan Carrera on orders from the Duke of Alba. This work of military engineering was built on another older fortification undertaken by the Templars in the 12th century.

The entire city and a large part of the River Alagón meadows can be seen from its tower. 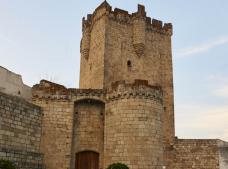 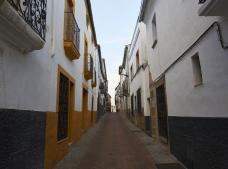 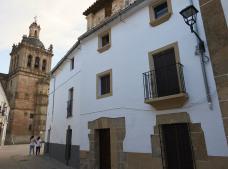 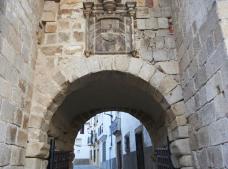 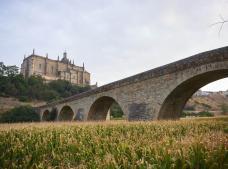