The Old Cathedral and the New Cathedral

Construction on the Old Cathedral began with the Western Door in the 13th century, following the three-nave Castilian Romanesque church model. Of particular interest is the Chapter Hall or Chapel of San Pablo, which has a square design covered with an umbrella dome.

The conical dome stands out on the exterior, decorated with scales and finishing in a fluted ball that has resulted in the popular name ‘Melon Tower’. It was designed by Gil de Císlar in 1270 and follows the lantern tower or ‘Byzantine’ dome models also present in the Rooster Tower of Salamanca, with similar examples found in Zamora Cathedral and the Collegiate Church of Toro.

Nowadays the old church space is occupied by the Cathedral Museum.

Construction on the New Cathedral began with the chancel in the 16th century. It has a hall church design, with three naves and an octagonal chancel. The highlight of the interior is the 17th-century high altarpiece.

The sculptures on the altarpiece were created by Castilian master Gregorio Fernández. The choir stall combines religious and secular motifs and was created in the early 16th century. The huge Plateresque wrought-iron grille protecting the choir is the work of Juan Bautista Celma.

The New Cathedral has two Renaissance façades in the Plateresque style, the main one designed by Juan de Álava, completed in 1558. It is missing its statues, which were never sculpted. The other façade dates from 1538-1548 and is attributed to Diego de Siloé.

In 1931 the cathedral was declared an Asset of Cultural Interest in the Monument category. 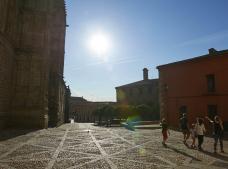 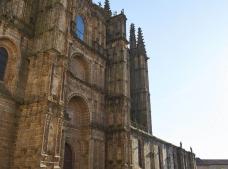 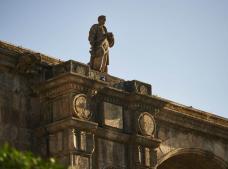 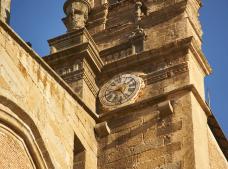 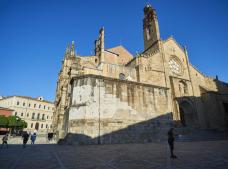 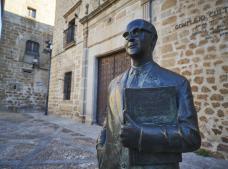 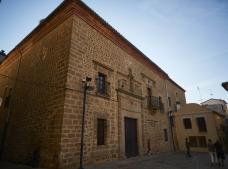 More things you can find in Plasencia