It is organised in the shape of a cross, based around a main road with four main crossroads: the Plaza de España square, Fuente de los Cuatro Caños fountain, the church and the Plaza del Rollo square.

Spouts or ditches run along all its streets to channel rainwater. In Plaza de España there is an arcade with granite columns, decorated with balls and mouldings.

Plaza del Rollo is where you can find an octagonal stone post standing on a base decorated with chains, finishing in a capital featuring four animal heads and a point with Gothic decoration.

The town’s traditional architecture is mainly based on timber framing. The homes are two or three storeys tall, with the first storey in stone and the other two half-timber and brick or adobe. It is common to find the façades of the upper storeys covered in wooden cladding.

The most outstanding secular and religious buildings are the castle and the church, respectively.

The castle is the county’s most important military construction, dating back to the 13th century. Two centuries later, it underwent significant alterations. The Counts of Nieva were responsible for erecting the present church, with three prominent towers and a ribbed vault.

Some wall faces and two square towers remain from its original stonework. The towers were used for the construction of the present church, one joined to the apse and the other to the end as a bell tower.

The Parish Church of Nuestra Señora de Fuente Claras is made of masonry and ashlar work and was completed at the end of the 16th century. It is formed of three naves and a hexagonal chancel.

The village was declared a Historical Site by the Decree of 31 December 1970. 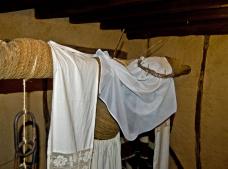 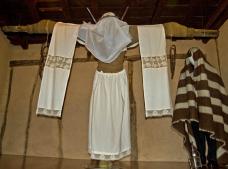 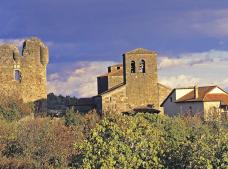 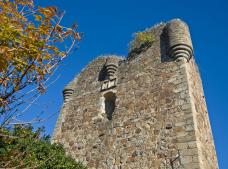 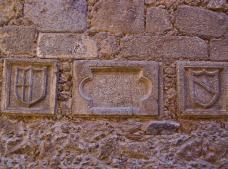 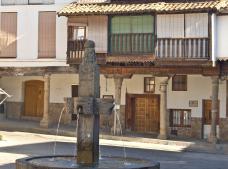 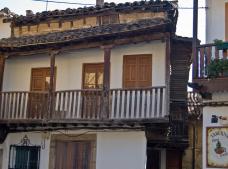