Sausage with potato and paprika

Patatera is a typical type of sausage from Cáceres and the rest of Extremadura made from Iberian pork cheek and boiled potatoes, seasoned with salt and La Vera paprika, garlic and spices and cured in a drying room. It is also known by the name chorizo patatero.

Like many other types of sausage, patatera was born out of times of scarcity, when the lack of meat was made up for with potato to increase the quantity of filling. The use of potato, and squash in the case of patatera de calabaza, makes the flavour pleasantly mild and also makes this a spreadable sausage, something that also makes it unusual.

It is a combination of Iberian pork and puréed potatoes. The ingredients needed are 50% potato, 40% Iberian pork fat, 10% pork loin, salt, garlic and La Vera paprika. To prepare it, the potatoes are boiled, chopped and stuffed into the casing with the rest of the ingredients.

From the outside, it looks very similar to chorizo due to its paprika content, but, unlike chorizo, the inner texture of patatera sausage allows it to be eaten sliced or spread on toasted bread with a drop of honey on top, as a snack or appetiser. It comes in a horseshoe shape or with a string.

Patatera is present throughout the province in numerous festivals, where the various groups or the town council itself invites everyone to patateras, as on Horse Day in Ceclavín.

In Malpartida de Cáceres, patatera is the star on the biggest day of its Carnival celebrations. This is the day of the ‘Pedida de la Patatera’, a festive day that has been celebrated since the 19th century.

Since it is a ‘humble’ sausage, a tradition became popular in the among quintos (young men who went away to do military service) where they would go around on Shrove Tuesday asking for something to eat, celebrating the imminent arrival of Lent that way.

Since patatera sausage was the most economical product of the pig slaughter, that is what residents would give to the young men, resulting in the tradition and festival of ‘La Pedida de la Patatera’. The tradition was recovered in 1986 and, each year it attracts more locals and tourists, who gather in the Plaza Mayor square and adjacent streets.

The festival’s value lies in the originality of celebrating Carnival in the daytime, in how the festival has evolved and, particularly, in that it is an intergenerational festival, where grandparents, parents, children and grandchildren all take part side by side. 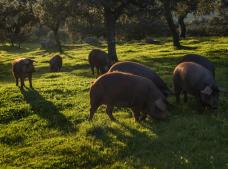 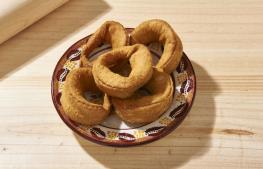 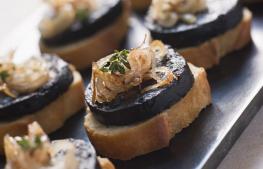 The black pudding in Guadalupe is made from pork and cabbage. 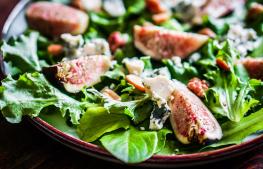 Spain is the largest fig producer in Western Europe and, by region, Extremadura is leader in area and cultivation of fig trees. 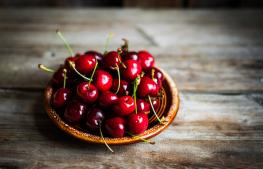